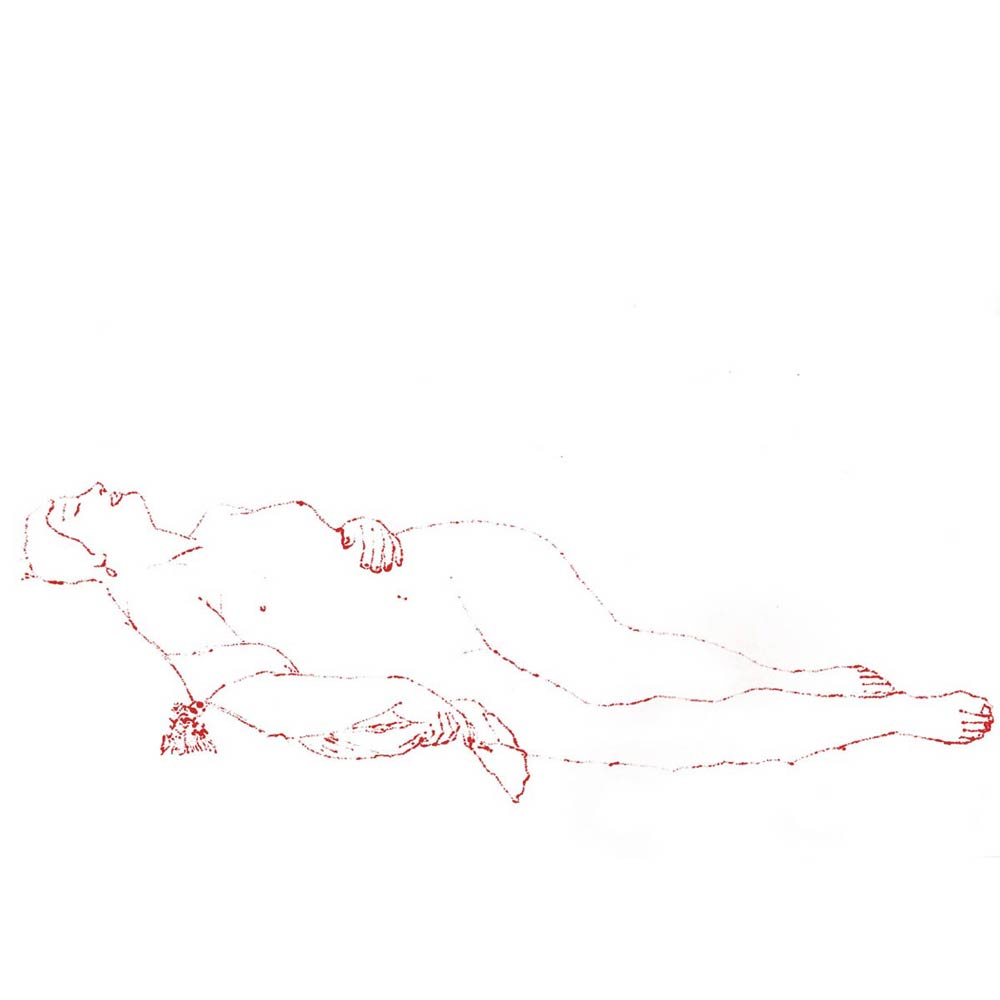 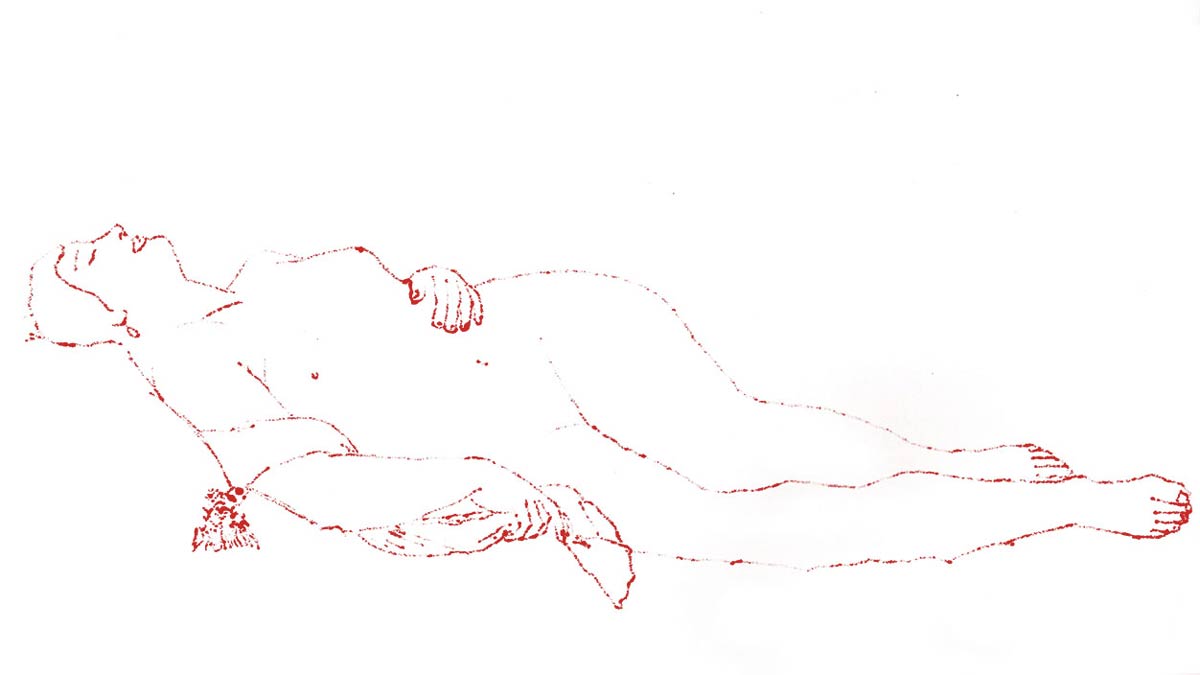 In 1879, Walter Philips published the “Philips Code”, a series of abbreviations used in the telegraphic transmission of press dispatches. Nearly all of these codes are now obsolete. But a few amateur radio enthusiasts keep them alive. One number in particular, code 88, has stood the test of time. While the list is mostly dedicated to basic traffic directions (stopping, going, clearing wires, assigning importance…) 88 was used to send a universal message across the wire:

It is the starting point for this artist’s book which brings together works by Algerian artist Zoulikha Bouebdallah. In her Les Chéris series, she is inspired by Jackson Pollock’s “dripping, pouring, flinging, splashing” understanding of painting, as deployed by the body. She reflects on the complex game of love and kisses between men and women, and through Arabic calligraphy, its natural openness to forms, senses, emotions, narrates the different stages of being in love: from attraction, enjoyment, happiness to distance, displeasure, suffering … the forbidden, passions and irresistible beauty, the ultimate unsatisfied desire of Zoulikha for Joseph, in the founding texts of monotheist religions.

The color of red lacquer, reminiscent both of blood and shiny nail polish, is used both here and for her versions of Antiope and Odalisque, key representations of women in the canon of Western art. Through her minimal monochrome technique and fragmented in seven different panels, she reinterprets how we see these women, manipulating their images from object to subject, and allowing us to look back into complex feminine thoughts and feelings.

Zoulikha Bouabdellah grew up in Algiers, moving in 1993 to France. Her installations, videos, and drawings question icons, dominant representations, motifs and ornaments by juxtaposing them to geopolitical dynamics and global issues linked to conflicts, sexuality, or the status of women. This deconstruction of views operates with a reflexion upon culture, production, and industrialisation. She has been awarded the Abraaj Capital Art Prize, the Prix Meurice pour l’Art Contemporain, and the Villa Medicis Hors les Murs. Her works are part of public and private collections in Europe, Africa, the Middle East, China, and the United States.

Salwa Al Neimi is a Syrian author and journalist whose work addresses themes often controversial in the Arab world such as female sexuality. She studied at the University of Damascus in 1975 before moving on to attend the Sorbonne in France. Her publications of short stories touch on her belief in liberation through the written word. Issues of marriage, commitment, and the restrictive nature of tradition imposed on women are explored in parallel with poems that allude to body politics and oppression.