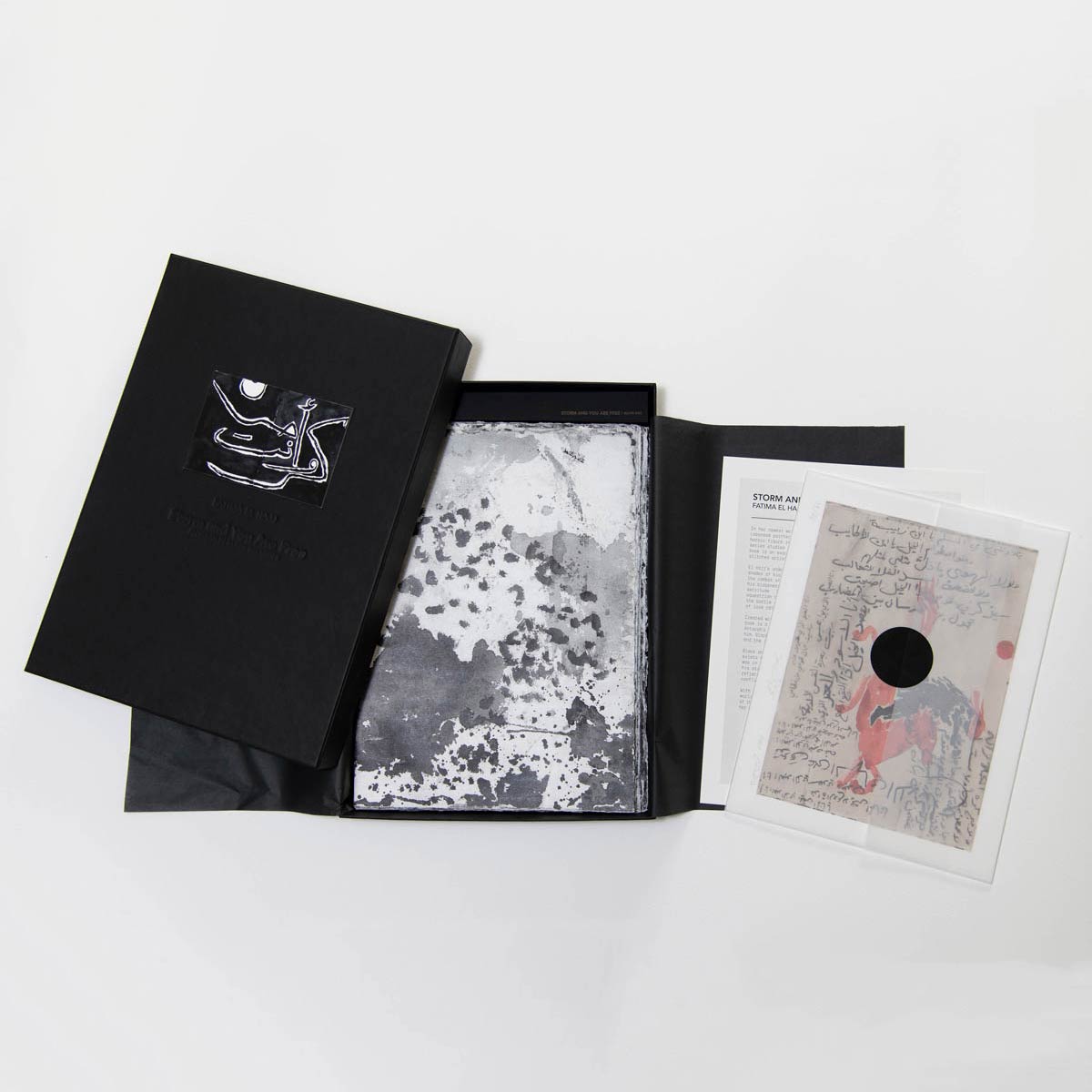 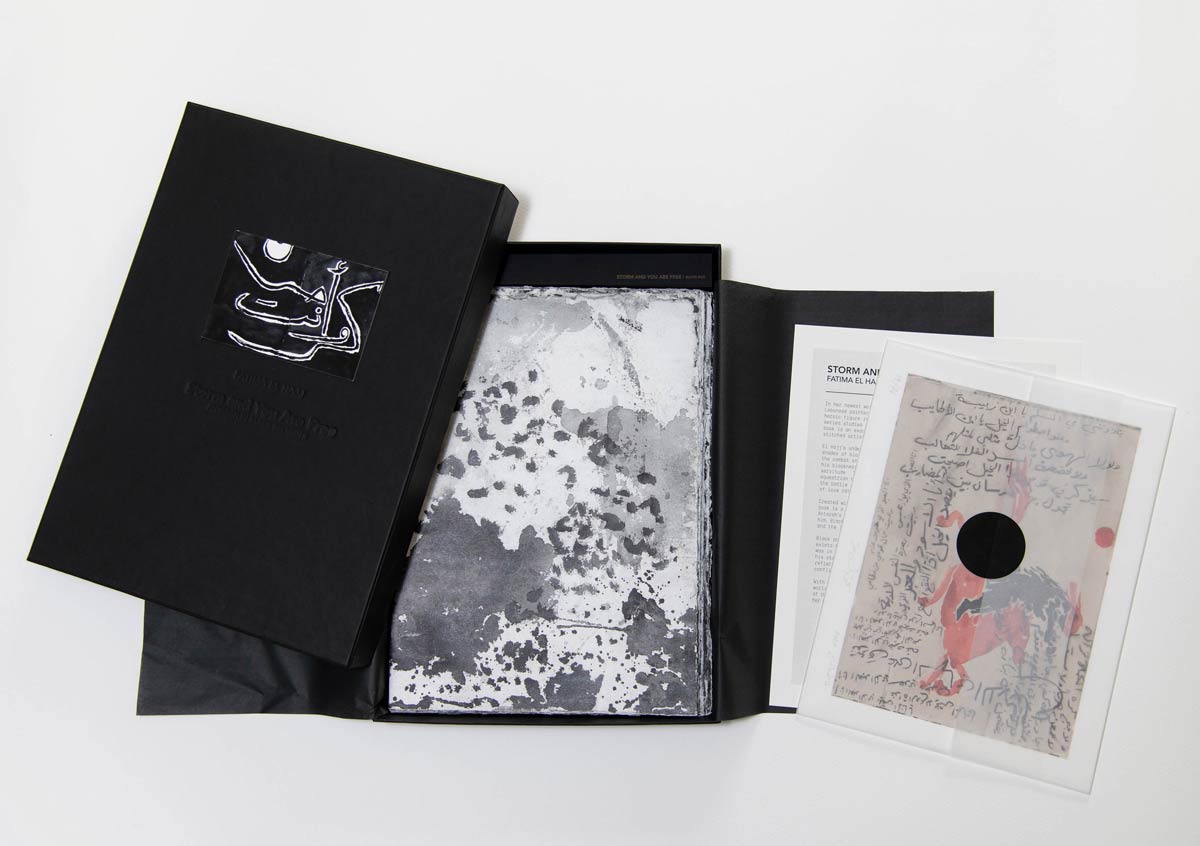 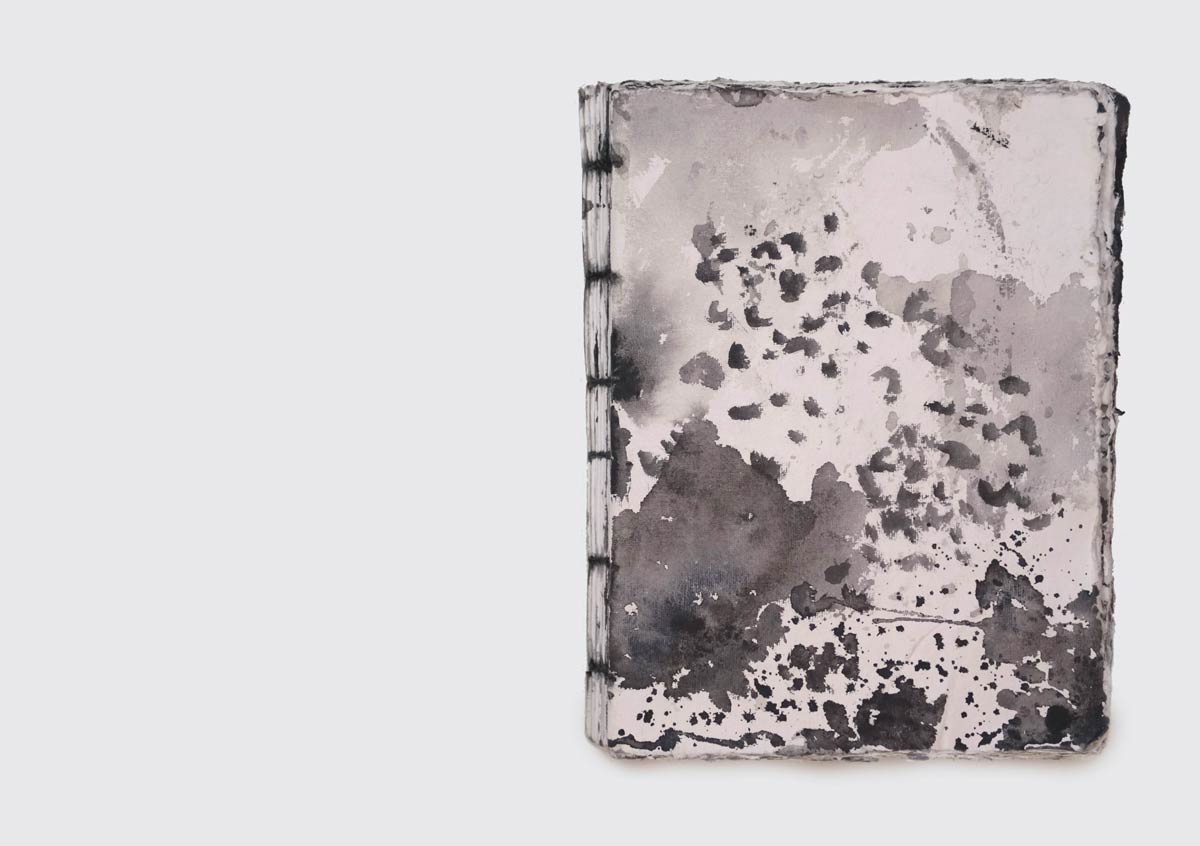 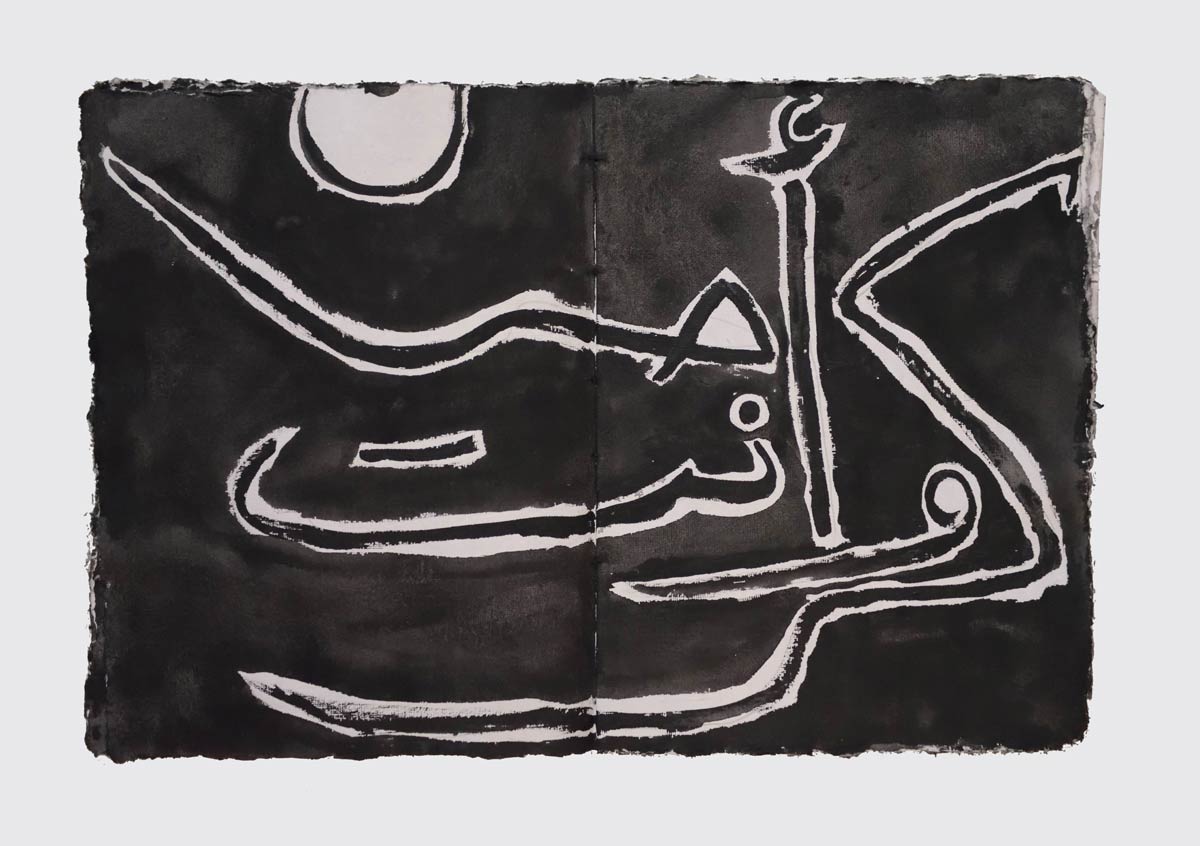 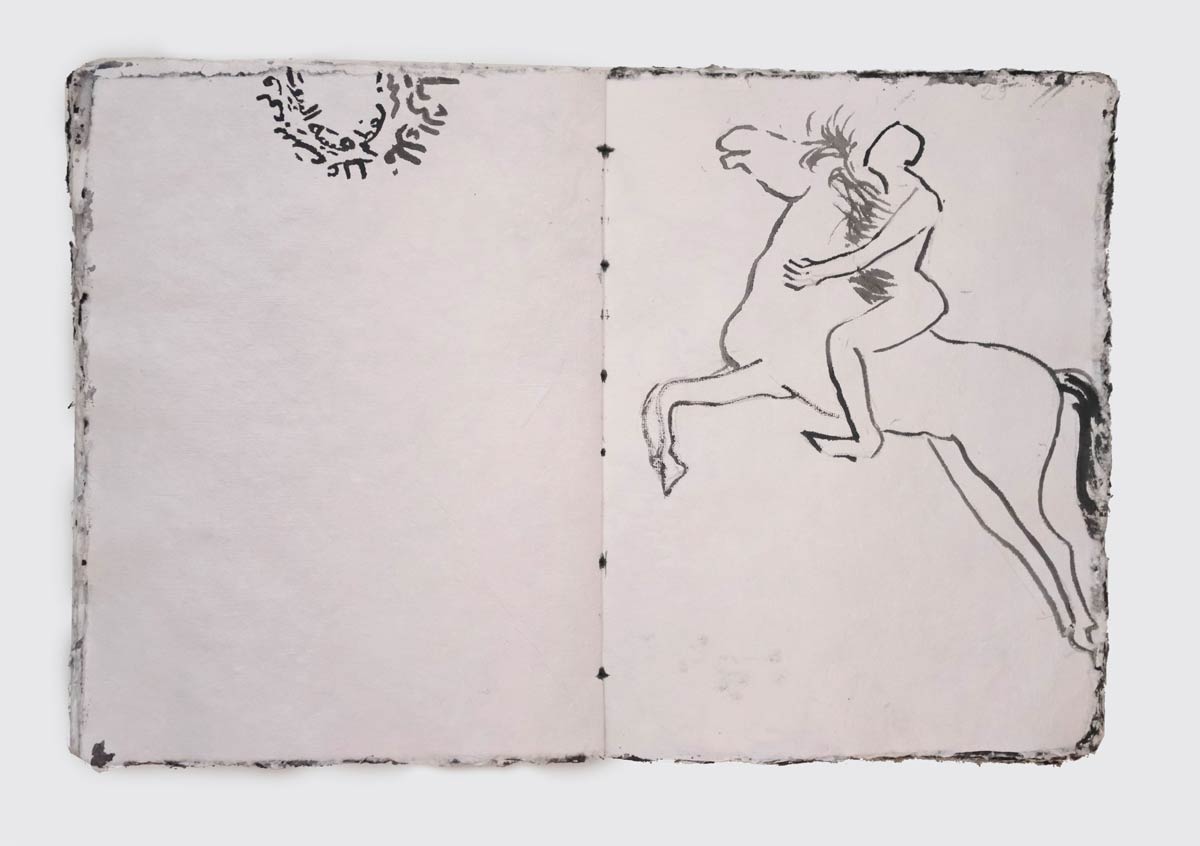 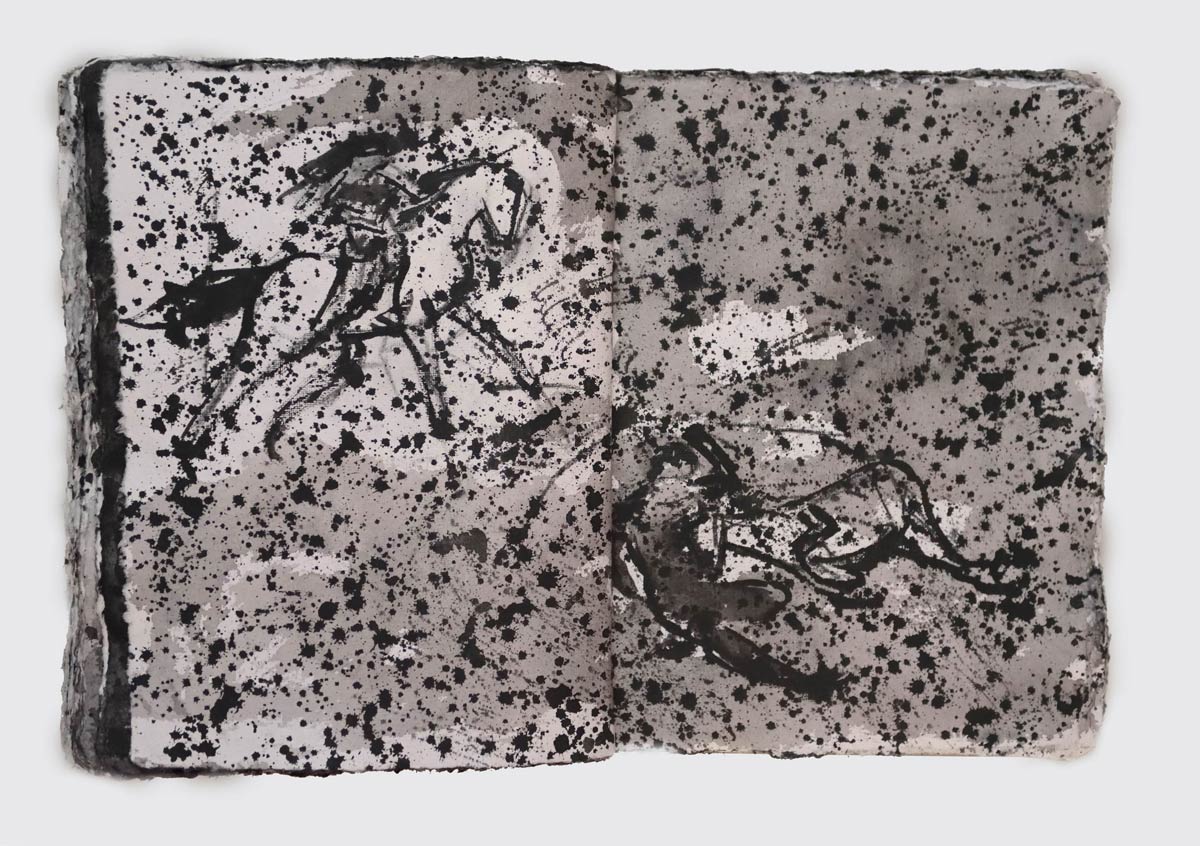 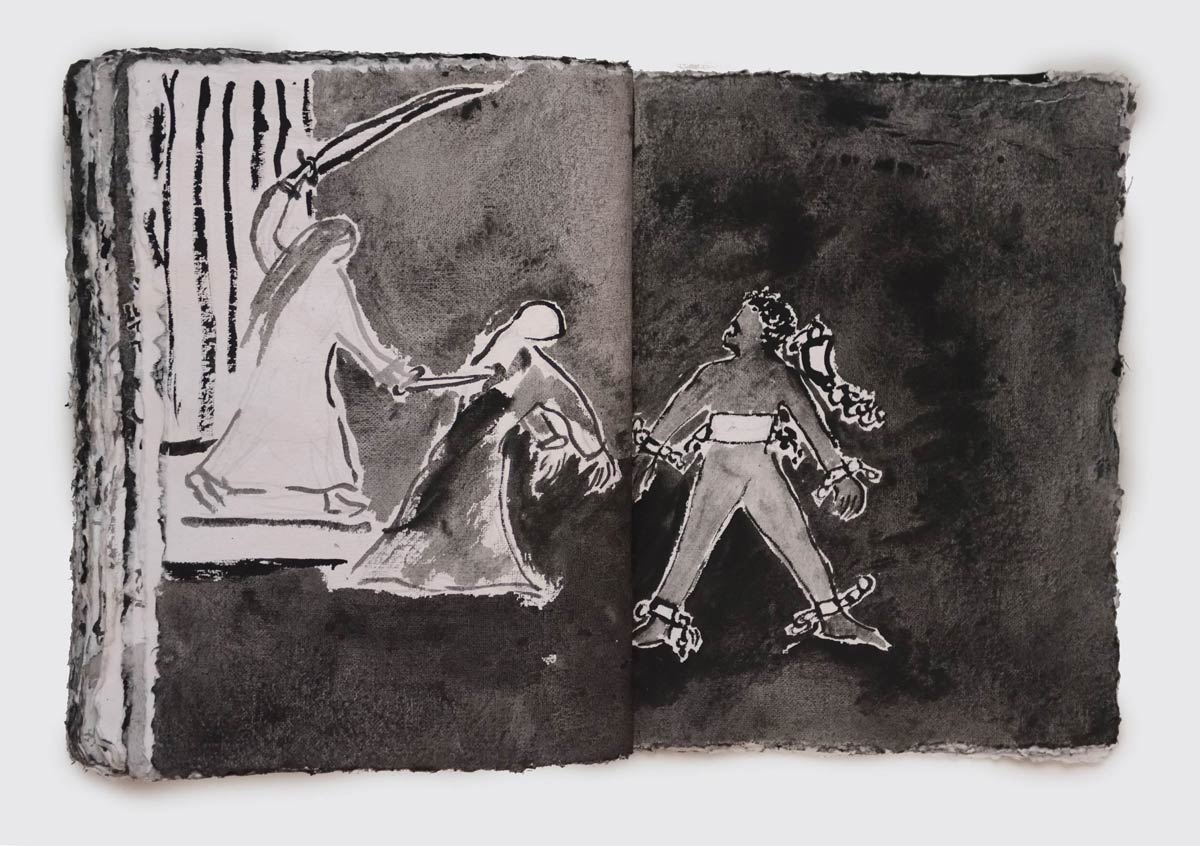 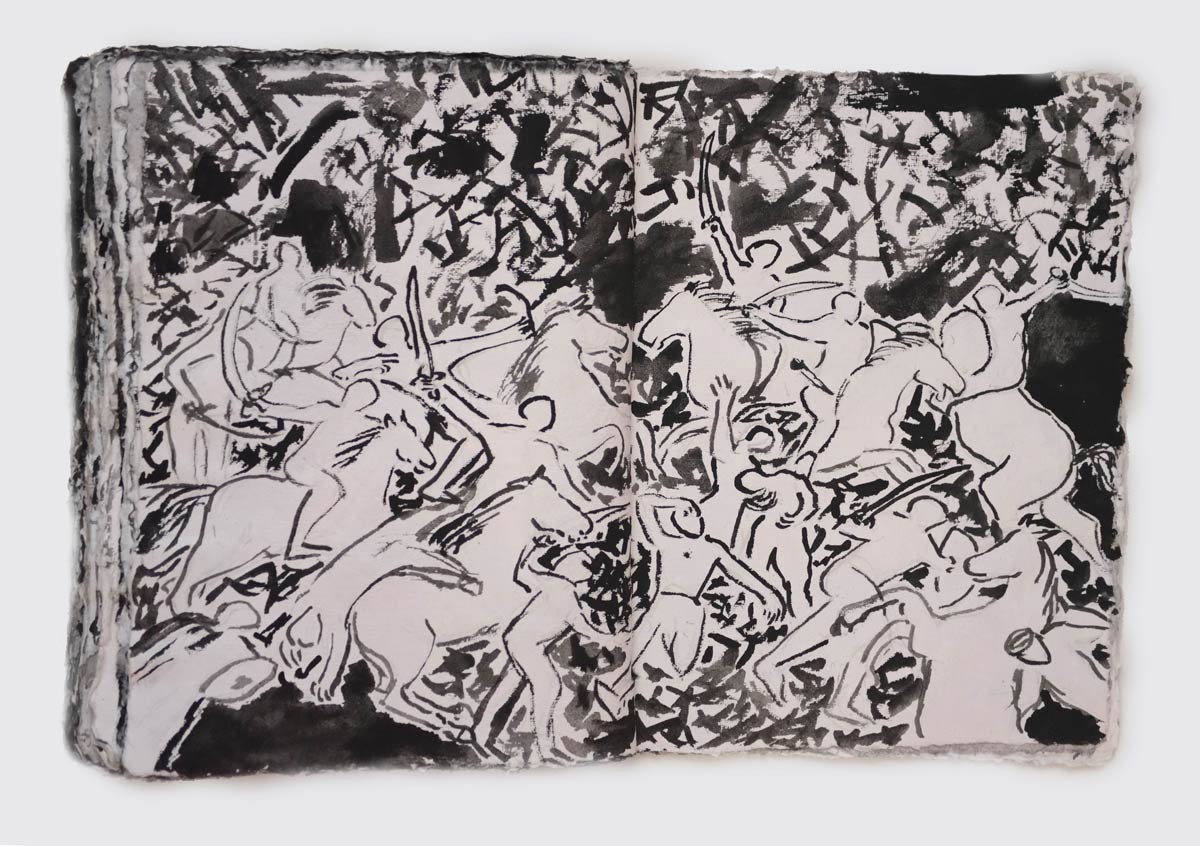 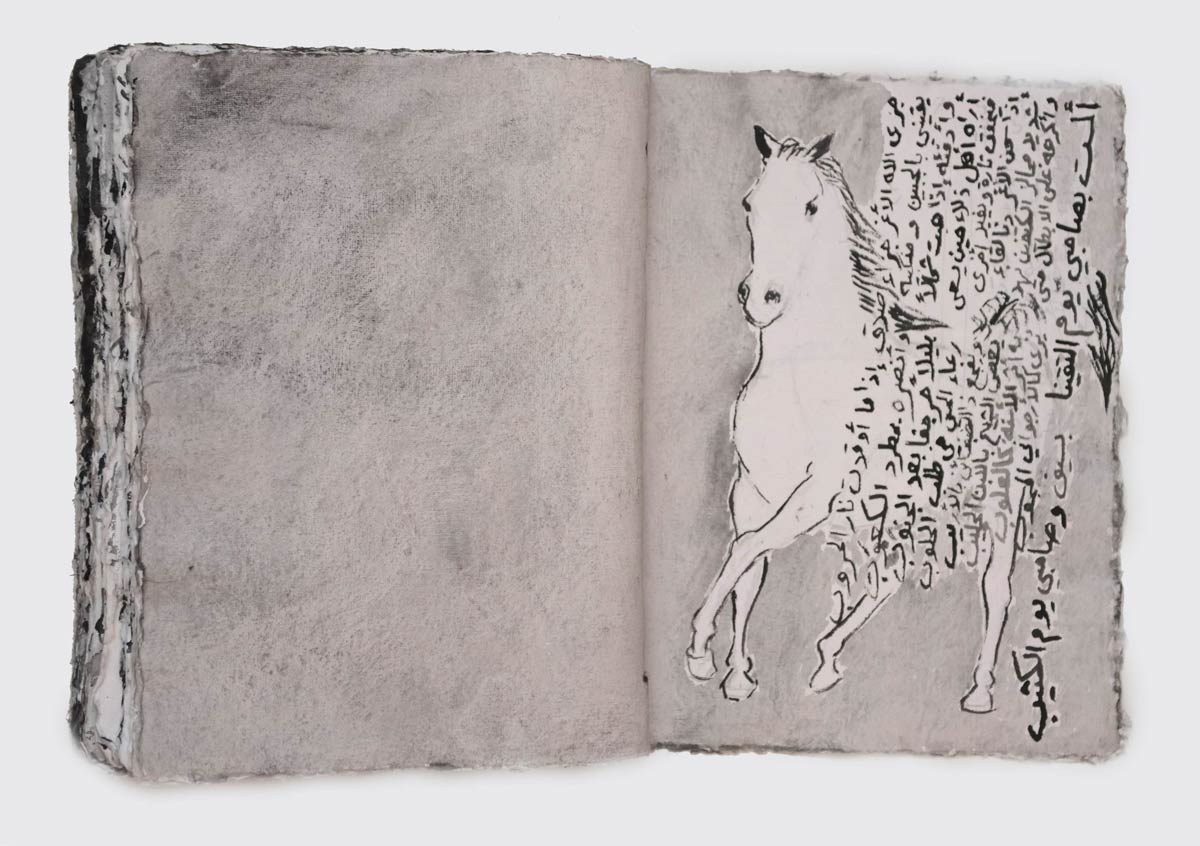 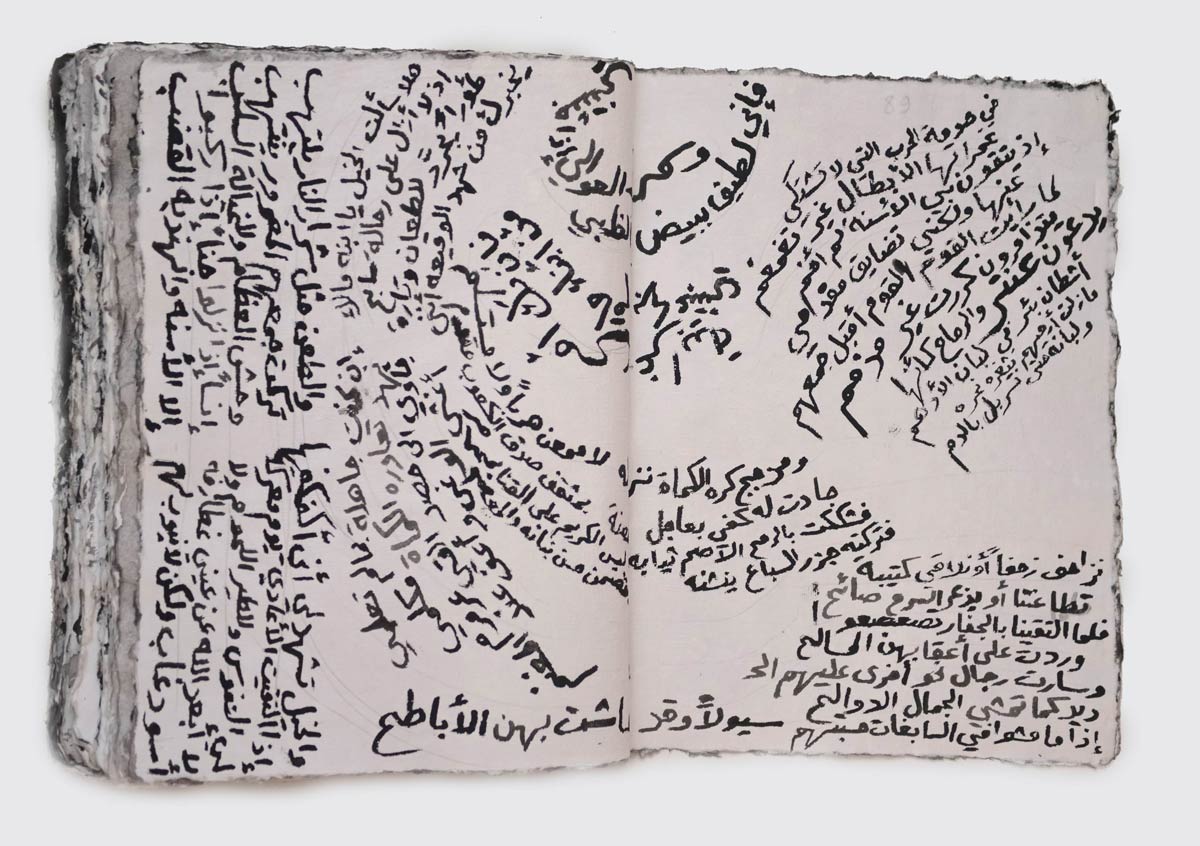 Storm and You are Free: Antarah in Black on White

Storm and you are Free: Antarah in Black on white by Fatima El Hajj is a tribute to Antarah Ibn Shaddad (a heroic figure in Arabic literature and poetry). El Hajj sheds light on a man with a legacy of epic proportions. El Hajj’s understanding of the Arabic Knight’s life was translated into shades of black on white backgrounds and its diluted tints to narrate the combat of ascendency from slavery to freedom. In her interpretation of Antarah, he is not only the valiant equestrian nor the intrepid champion, but he is the first one to call for the battle of Liberation in the history of Arabs, while opting for the use of love rather than war. The original, unique, hand-painted, and handstitched artist’s book took a year of labor to complete; it is an ode to chivalry, love, freedom, and death.

This book is an exact facsimile of the original artbook.

Born in 1953, Fatima El-Hajj first grad­u­ated in 1978 from the Institut des Beaux-Arts at the Lebanese University in Beirut, and later from the Academy of Fine Arts in Leningrad. She then com­pleted her studies from the Ecole Nationale Supérieure des Arts Décoratifs of Paris in 1983. She was awarded with the Picasso Prize in Madrid in 1985, and has been teaching in Beirut at the Institut des Beaux-Arts ever since. She has been reg­u­larly exhibiting her works since 1986 in Lebanon as well as in other Arab coun­tries where she is well-known, such as Kuwait, UAE, Syria, Bahrain, Morocco and Qatar, but also in Europe, such as in Spain and France.

Storm and You are Free: Antarah in Black on White, Fatima El Hajj, 2020