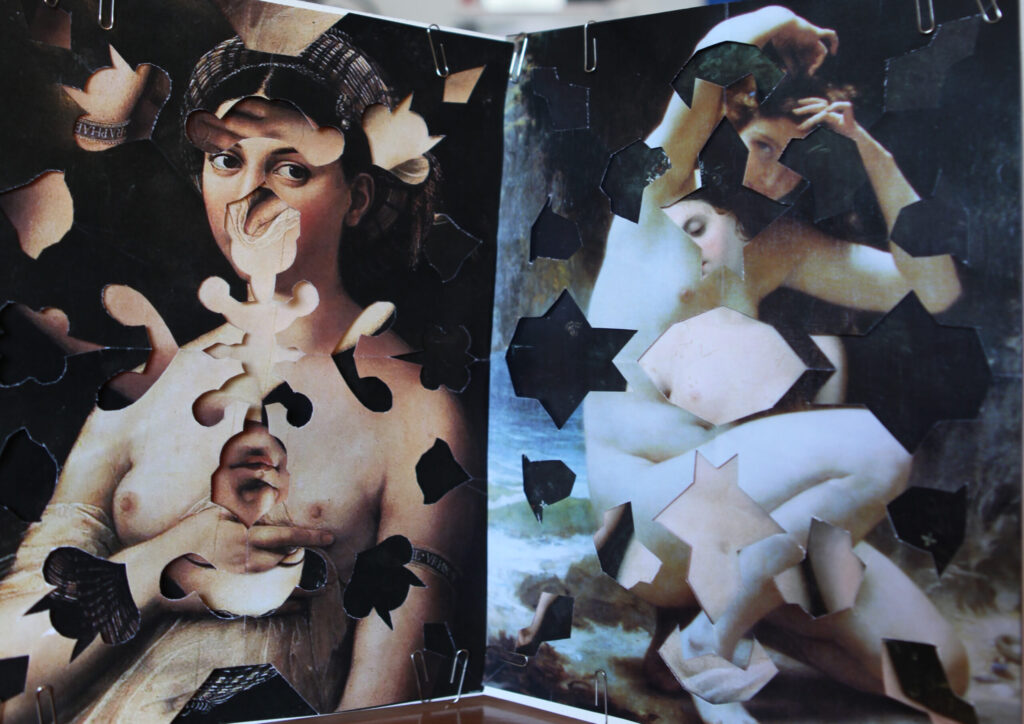 Before the explosions of August 4 hit Beirut, Abed Al Kadiri, a Lebanese artist known for his large-scale paintings about Middle Eastern social issues, was gathering materials for “Cities Under Quarantine: The Mailbox Project,” a planned show featuring works created during lockdown by more than 50 Middle Eastern artists.

His aim was to find a gallery where the works, which highlight the survival of creativity during moments of crisis, could be shown to the rest of the world.

“Right before the Beirut explosion, we were in the midst of creating an online platform to communicate with museums and institutions that would be interested” in the works, Al Kadiri told Artnet News from Beirut.

But the blast that rocked the city—and which even destroyed his own exhibition, “The Remains of the Last Rose,” at Galerie Tanit—put everything on hold.

Al Kadiri is now creating a new body of work to raise money to help rebuild Beirut’s most affected areas. But the Mailbox Project is still a top priority.

In April, when much of the world was under lockdown, Al Kadiri mailed out more than 50 blank books to Middle Eastern artists around the world working in isolation.

Each was handmade and hand-stitched in-house at Dongola, the publishing company Al Kadiri co-founded, and designed with each individual artist in mind by Reza Abedini.

Artists were tasked with using the books to create works reflecting their impressions of lockdown, and their dreams for the future. On the front of each book was the name of the recipient.

“Art has always been exceptionally responsive to the world around us,” Al Kadiri told Arnet News. “Through it, we capture the personal, social, political, and environmental issues that we struggle to make sense of. These books are an invitation to join me in thinking along the same lines.

“Future generations will have the ability to see how art was able to express a catastrophe and help the people transition out of it by transporting them to the artist’s own world,” he added.

Among the artists asked to participate were emerging and established Middle Eastern artists such as Ali Cherri, Tanya Habjouka, Ahmed Mater, and Samia Halabi.

The power of the project lies in the diversity of its contributors. While they all hail from the Middle East, they are also each influenced by their current places of residence.

“This is a great project through which to document the times we are living in,” said Copenhagen-based Sudanese political cartoonist Khalid Albaih, who is one of the contributors. “An artist’s mission is firstly to tell history—their side of history and what they are living every day.”

Iraqi Amsterdam-based artist Sadik Alfraji, known for his abstract works that often include dark, shadowy figures, says he is not yet sure how the pandemic will translate into his art.

“I am astonished by what’s happening regarding the coronavirus pandemic and my mind is perplexed by many questions revolving around our existence, expectations, reactions and actions,” he said.

“ZeftBook is my first artist’s book,” he said. “I received it empty from the postman while keeping distance as if accepting a bomb from someone descending from outer space.”

But Zurob, who grew up in Palestine and “was forced since 2006 to live in exile,” says that for this very reason, he did not feel “estranged” by the pandemic lockdowns.

“The isolation state mirrored the reality that I had lived in before, still live in, just like the desolation, segregation, and confinement Palestinians face daily.”

“We believe in art as a cathartic tool,” Al Kadiri said of the project. “We believe that art has the ability to help people, more specifically to help the artist and society to create a differentiated state of being. It does that even amidst times of danger, illness, and death.”

Al Kadiri aims to exhibit the works abroad and to publish a compilation of completed works from the project as a limited-edition book through Dongola. For more information, contact limitededitions@dongola.com.

Despite the Beirut Blast, a Lebanese Publisher Is Forging Ahead With a Project to Unite 50 International Middle Eastern Artists